Perry County Community Foundation Chairperson Angela Swan could not think of a better place for the money.

“From our perspective, Lucas’s Backyard Adventure Playground has it all. You have built a beautiful playground that is a prominent showpiece for our community on Highway 51,” Swan said during a ceremony. “You have demonstrated ongoing leadership in inspiring an entire community to contribute to the project. In the process, you have educated all of us on the special needs of some families when their children are at play and in doing so have created a culture of inclusion and paid forward our culture of giving in Perry County.”

Fritsche also claimed another honor on Saturday as he was also named the organization’s Humanitarian of the Year.

This award recognizes a lifetime of achievement in the following areas:

Has a demonstrated interest in investing in the community in the form of time, talent, and/or treasure.;

Has demonstrated a vision for the community in the area of aesthetics, leadership, culture, education;

Has demonstrated an ability to inspire others to participate in a vision for the community that contributes to improving the quality of life in Perry County.

Is personally invested in a long-term vision for bettering the quality of life in Perry County.

Fritsche will be honored during a ceremony on Thursday, Nov. 4 at 5:30 p.m. at the Robinson Event Center.

“Most people won’t accomplish a project like this in decades of living and yet you have accomplished this before even reaching adulthood.” Swan said to Fritsche who was in attendance. “You are an inspiration for your generation and for all of us and for what’s possible for a human to accomplish at any age.”

Lucas’ mother, Jennifer Fritsche, and a group of volunteers put together a fundraising effort to construct phase 1 of the playground on the west side of French Lane, south of the Perryville Splash Pad. The family raised close to $500,000 for the project which is nearing completion. On Saturday, construction crews were putting up a fence that surrounds the playground that has since been completed.

There is a grand opening for the playground scheduled for Oct. 30 at 10 a.m., but Jennifer Fritsche hopes that the project will be ready for kids in the next two or three weeks.

“All we are waiting on is handrails and those are being made right now,” she said.

The family will use the $1,000 for phase two of the project, which will include swings, zip line, and other equipment to be put in the gravel area next to the existing playground.

“We are very excited to finally get kids to play in the area,” Jennifer Fritsche said. “It’s going to be relieving to finally be finished with phase one after four years, but exciting at the same time.” 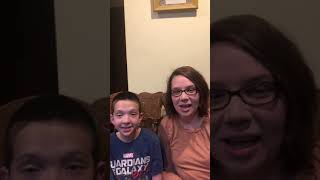